I have to preface this post with a warning that it might end up being rather long. I’ve been in New York for four days thereabouts so I’ve got a lot to cover! After a glorious weekend being a tourist and then meeting with the New York Public Library yesterday I intended on posting last night but unfortunately I’ve actually become rather unwell. Suffering from virusy flu like symptoms and just generally feeling rundown, so I decided to sleep rather than work last night. I stocked up at the pharmacy this morning, hopefully I will be able to ward off any further germies so that I can see out the last few days of my trip in relative good health. I am sitting in Central Park as I type this so it’s not all bad right?

A brief summary of my wonderful weekend includes meeting with one of my oldest friends for breakfast, taking advantage of the coincidental half a day that our paths crossed in our travels, exploring Grand Central Station and surrounds and trying to perfect our caffeine orders in a country where coffee both scares and confuses me.

After that I walked over to The High Line, which has been one of my favourite things I’ve seen in New York, both on this trip and when I was here last, wandering the length of that and looking at all the great artwork along the way. Last time I was in New York was an October so everything was luscious and green and flowering, the complete opposite of April, but I still found it very visually appealing in a minimal, wintery kind of way. Plus I just love the concept of this wonderful sustainable, eco-friendly garden weaving in between buildings above the city and there should be more things like it.

I really love this city. I’ve always had a fascination with New York and after visiting it the first time I expected my curiosity to be satisfied, but it wasn’t, and it still isn’t even now. I think it’s rare for big cities to really have a character of its own and New York bucks that trend for me. It has so much character. I love the little pockets of distinct personality that are contained within even just a few blocks, where you’ll find adorable little Polish bakeries or Greek yoghurt stands that you won’t find anywhere else in the city. Where you can walk across cobblestone streets and admire horse drawn carriages and look above you to see a spattering of multi-coloured window shutters and flowerbeds. I love that sleek, modern looking glass buildings mingle in the skyline next to these grandiose sandstone castles that look like they belong atop a Scottish mountain with a moat and a fairytale maiden hanging her braid out a top floor window. New York City has a charm about it that other big cities lack, and its not an easy feat for a city with such a huge population of people to hold onto its personality the way the Big Apple has. Tree lined avenues of nineteenth century brownstones and wrought iron gates have a warmth about them; you look at them and just know that they have history written into their brickwork, that they’ve seen many people come and go and watched the city around them continuously change. It’s sort of cosy in a weird, big city way. The exception of course is Times Square where there is an extremely heightened chance of getting trampled or zapped like a mosquito by all the blinding lights. I’ve gotten pretty good at avoiding this part of the city though.

I spent a really nice day on Sunday in Brooklyn, starting by catching the East River Ferry to Greenpoint and then making my way down to Williamsburg and then Prospect Park. I stumbled accidentally on the Brooklyn Flea Markets which was a very pleasant surprise (I love markets) and after lunch in the hipster capital of the world, Williamsburg, made my way on down to the Brooklyn Public Library and then the Brooklyn Museum. Boy did I get a shock when I got to the museum! For some reason I had pictured in my head a small, quaint locally focused indie art space, but no! This thing is of monolithic proportions! 5 levels of museumy, historical goodness. Not only not just Brooklyn focused but literally objects from all over the world and all through time. I felt a little overwhelmed to be honest because I suddenly felt like I hadn’t allowed myself enough time to see everything and take everything in! It is a great, open and friendly space though with so much to look at and such a diversity of items. Australia really doesn’t have anything of the same size as museums here that I have experienced so far. The NLA must be half the size of the Brooklyn Museum. Half! And it’s not even a national museum or state archive and as far as I know receives minimal to no government funding. Impressive.

On Monday I had the pleasure of meeting with some fine gentlemen of the New York Public Library which was a great experience. I met with Johannes Nueur, Director of Marketing, James Murdock, Director of Multimedia Content and Matt Morgan, Director of Website. I had so many questions to ask them in this meeting and we didn’t get the chance to get to everything unfortunately, but they all graciously agreed to let me pester them with more questions via email which is something I will definitely do once I get back to Australia. I gained a lot of great insight into processes at the NYPL in this meeting, here are some of the things I found most interesting

I am so thankful that I had the opportunity to meet with Johannes, Matt and James. I found it incredibly beneficial and I’ve already got some inspired ideas percolating as a result of our chat. It’s been really interesting so far to make the comparisons between various institutions and our own, seeing where many similarities align to the issues we both face, but also how they differ and how different approaches have been used to either continue success or improve performance.

I’ve decided I’m definitely going to split this post into two sections as its just going to be too long! So for now I’ll leave you with some photos and stay tuned for NYC instalment #2! 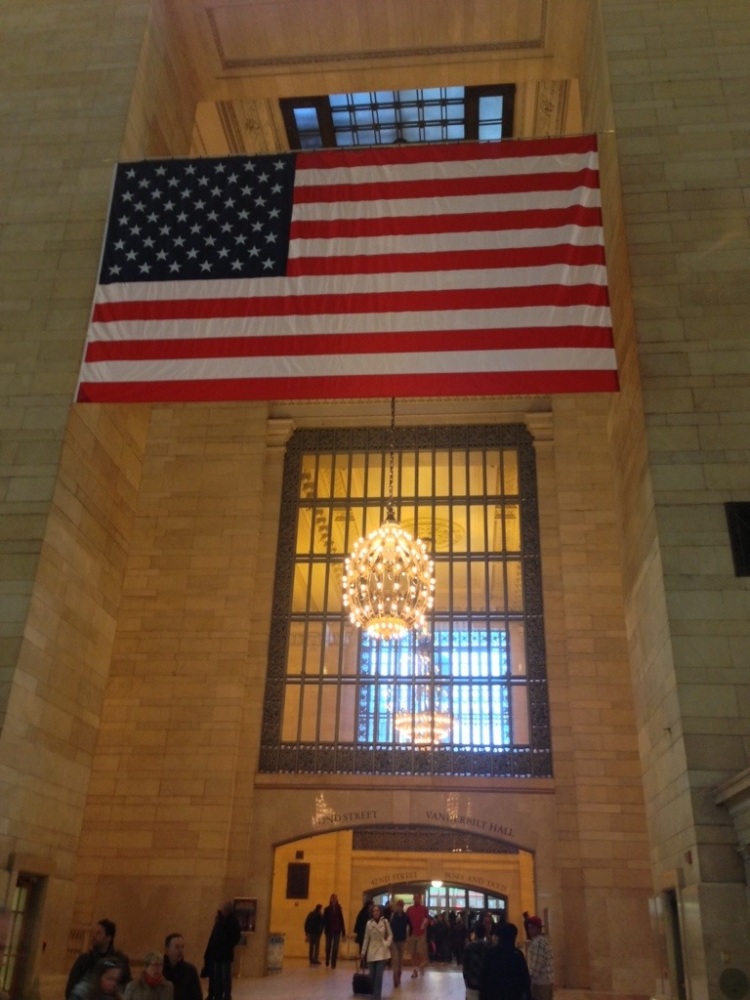 View from The High Line 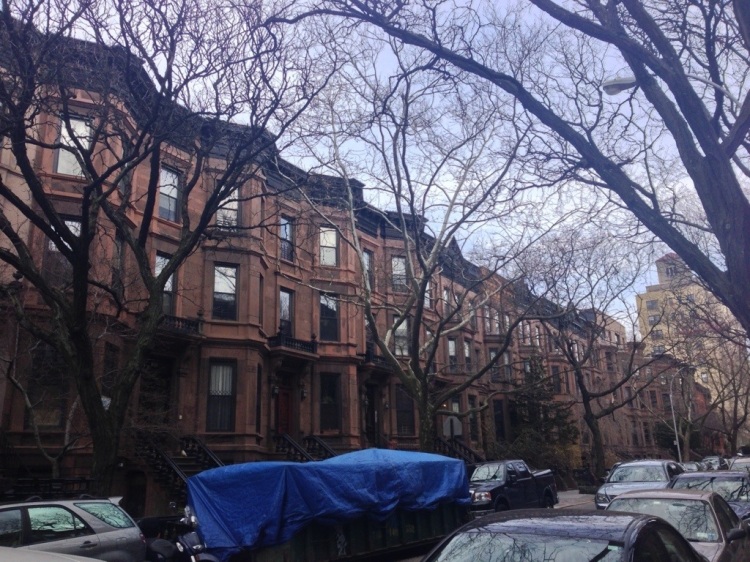 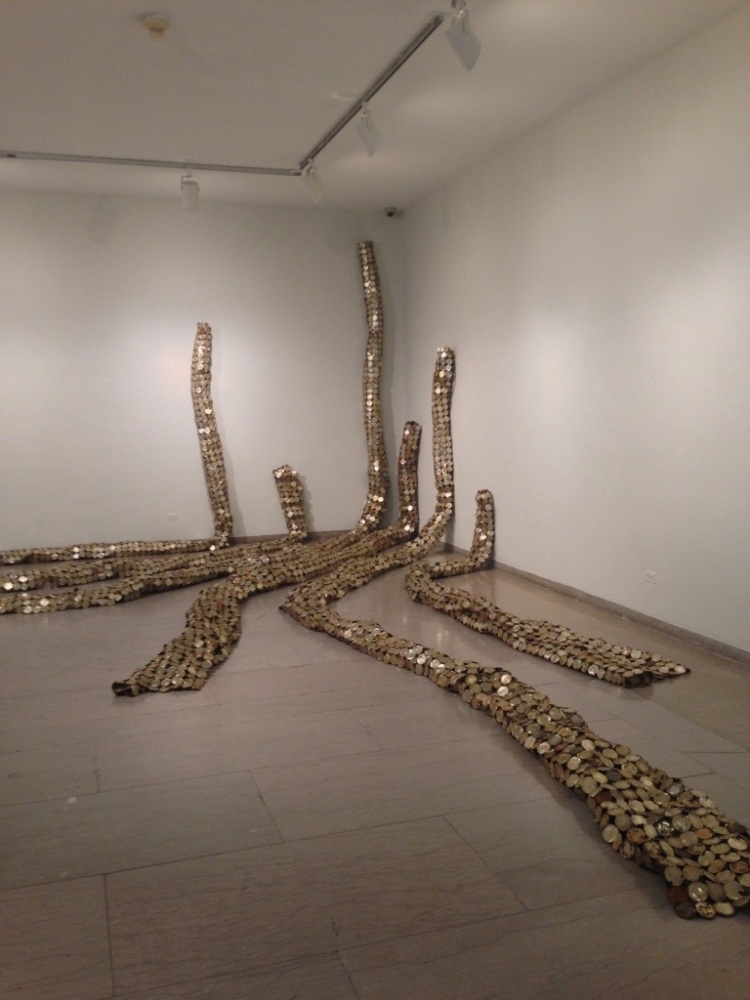 Working on the roof terrace of my hotel

Top of Times Square at night

the light and dark of the wild at heart. View more posts