I’ve arrived! The trip was long and a little tedious but after the Canberra:Sydney:LA:Seattle round trip of about 30 hours I arrived in one piece. By the time I got to LA I was already exhausted. During my flight to Seattle I was falling in out of sleep (I really struggle to sleep anywhere that’s not a bed! Especially sitting up) but in the last twenty minutes or so of the flight I was reinvigorated as we flew over all these incredible frozen lakes and snow-capped mountains. I wasn’t expecting to see that and they were so beautiful to look at. Pretty much anywhere you’re standing in Seattle you can see in the far distance these beautiful snowy peaks. The city is surrounded by them! They’re so clean looking and pretty. I think that’s part of what gives Seattle it’s cosy charm. It almost feels just like a large fishing village or mountain town. I like it a lot.

I spent the day roaming around the city. I’ve never been to Seattle before so I didn’t really know what to expect. I caught the bus up to Fremont and went to the Sunday street markets which were great. Just my cup of tea. Then after wandering around the area I caught the bus to the Seattle Center where I went to the top of the Space Needle, visited the EMP museum which was great fun and had the bejesus scared out of me by a weird man dressed in suit made of mirrors and glass. It was weird. After that I walked back downtown via the Olympic Sculpture Park which was totally underwhelming and then back through Pike Street Market which is always bustling with people.
I also found a Sea Shepherd gallery to my surprise which I spent a bit of time in. It was both saddening and inspiring.

I visited the Seattle Public Library. What a wonderful building! It is beautiful in an obtrusive, avant-garde kind of way. You can’t not look at it. From a street view it has this clever way of blending in to the other buildings but standing out at the same time when everything around it becomes small and boring. Inside doesn’t disappoint either. It has an industrial feel about. Lots of steel and concrete and exposed beams. Lots of bright colours too. I was overall underwhelmed with signage- from the looks of everything else I was expecting big, beautiful, inspiring signage but nothing really excited me. They had these great open reading areas which were really great. I feel like you could get lost in those stacks really easily!

Here are some photos so you don’t have to keep listening to my rambling. All of these that I will be posting at the moment have been taken with my iPhone. When I get home I will post more from my proper camera but right now I have no way to transfer them. 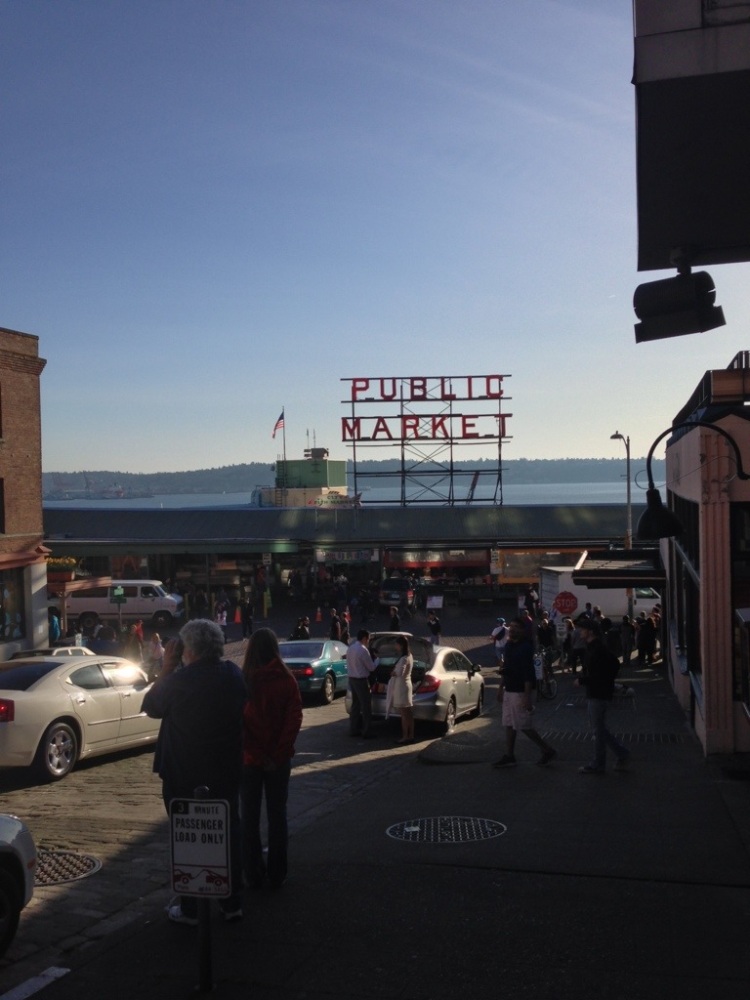 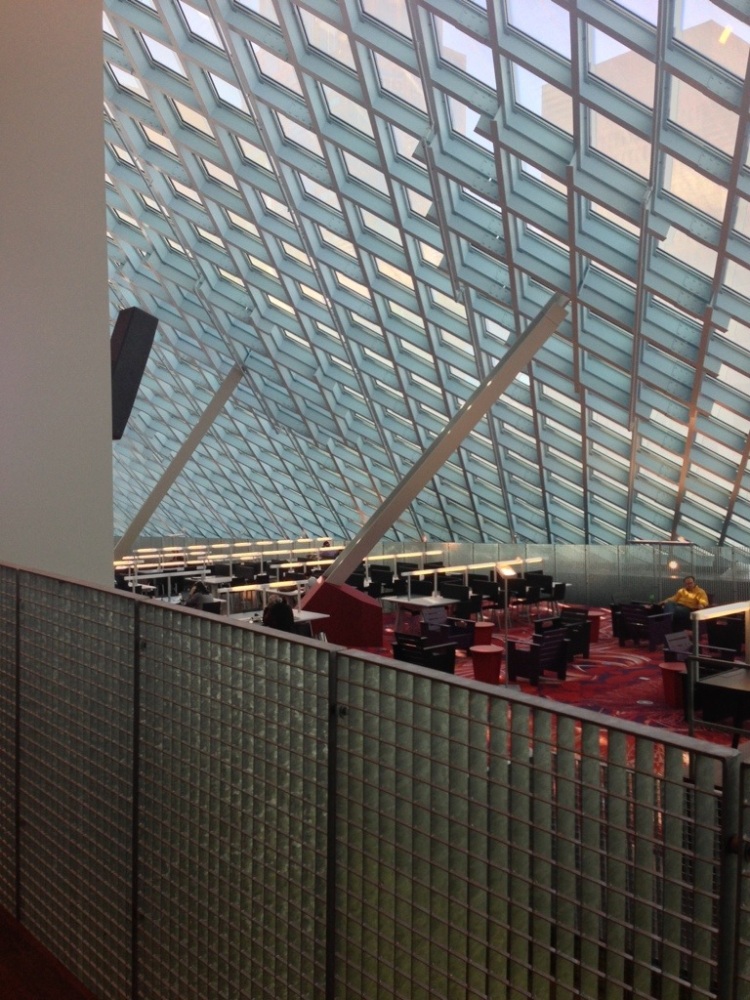 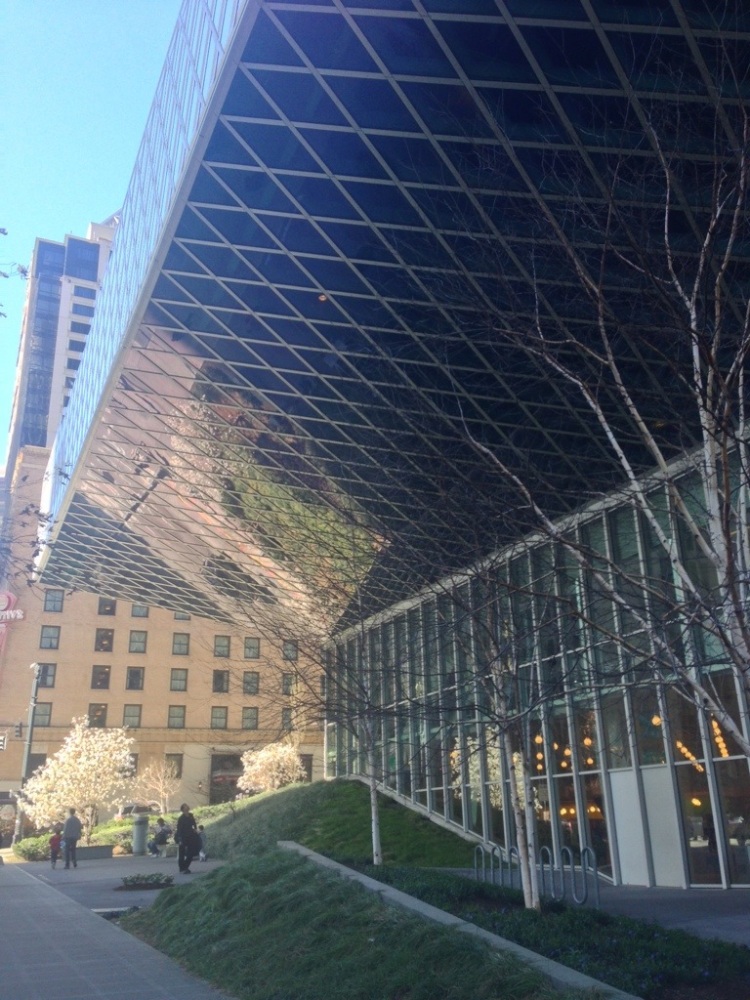 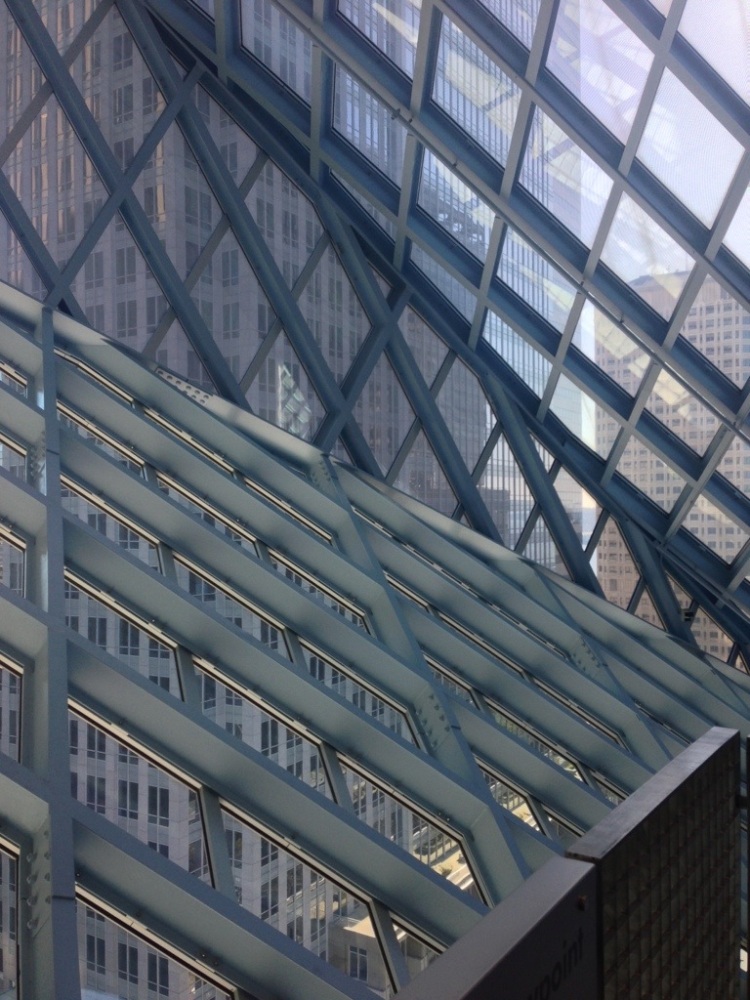 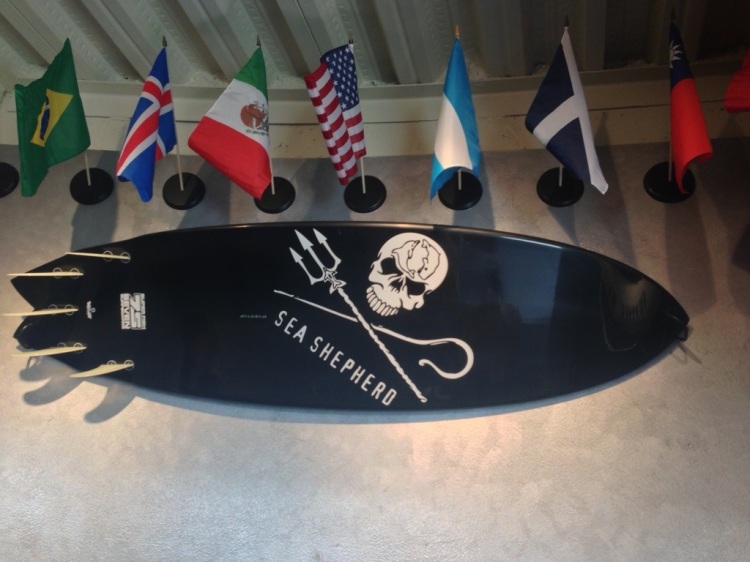 the light and dark of the wild at heart. View more posts